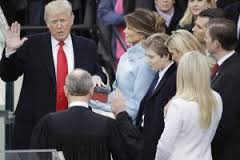 4 thoughts on “An Inaugural Investigation”