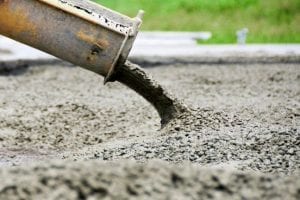 “Common cement,” uttered by a young 7th grade student took my breath away.

We were analyzing words, phrases and sentences from a novel he was reading that had been giving him difficulty in understanding details in the story.

He had been reading a story about a young couple from his hometown set back in the late 1940’s, early 1950’s. He understood most of the plot and setting well enough but some of the details were fuzzy or downright confusing.  As he read about this young couple who were going to a “Commencement Dance” he became confused. He thought they were headed to an event of some kind but didn’t know the meaning of the word “commencement”. Once he landed on this word, which he attempted to sound out using syllabication skills taught in previous years, he read it as,  [ˈkɑmən sə ˌmɛnt]. He read this in a hurried kinda-way since he was not confident with his pronunciation of the word and he had no idea what common cement and a dance could mean.  I was surprised he’d read this word as a phrase but after a moment or so I could see how it was possible for him to come to this conclusion. How devastating for his comprehension of the detail the image in this part of the story is supposed to evoke.

After supplying the proper word for him, I asked if he knew what it meant.  He did not and he appeared to be a bit dejected since he realized his version was clearly close to the actual word but so far from it at the same time. Mulling this over, it took some time for him to readjust his thinking.  He was surprised his sounding out of the word had failed him so bigly. The stress points are quite different in the phrase “common cement” and “commencement” but the common practice of dividing the syllable between the 2 <m>’s fooled him into thinking these must be separate. He is grounded in his decoding abilities, it gives him hope that he can read well.  He enjoys reading stories. He does not know what he is missing while he reads to read words and bits of stories. He has acquiesced to accepting so little from the printed word and his own abilities. It saddens me greatly because this young boy is resigned to accepting so little as so much and he reminds me of …. me. Reading words on a page, feeling good about fluency but never quite catching all there is in the details.  It’s like watching a film that everyone else sees in full vivid color but you only see in fuzzy, black n white film. When fluency and comprehension come together, it’s like someone is lifting off a veil that was covering your ability to see clearly. 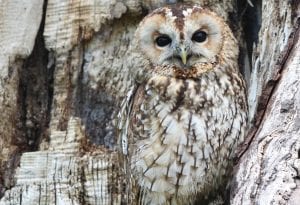 So much of the education world is cemented in common thoughts about what makes a good reader.  Fluency still reigns too high and comprehension seems like an elusive goal for too many.  One camp teaches a phonics-first approach where kids sound words out to the nth degree.  The other camp teaches a meaning–first approach where kids are encouraged to figure out words based on context clues.  There is another camp, balanced literacy that attempts to teach the best of both worlds but often ends up as ‘jack-of-all trades, master of none’.

I’ve been in the teaching profession for a quarter of a century and have seen the merits of each of those approaches but also watched all of them fail struggling readers and even those who don’t seem to be struggling. All the while, professionals work themselves to the bone trying to make these approaches work. Kids who struggle are easy to notice, they are like SOS light beams radiating from the sky – you can see them from miles away.  The kids who read fluently but miss the full understanding of the text are harder to spot. They waver between wanting to ask for help but not wanting to look stupid; between being seen as a kid who needs more help and a kid who appears lazy. They get teased a lot for missing the gist or missing the details. They fool their parents, teachers and themselves by reading the words well enough. Some know they are missing something, others, have had decoding drilled into them so much they don’t even know they are missing out on the most important part of reading.

This young boy fits this profile.  He is bright, he has had loads of good OG remediation, yet he is unconfident. He does not want to appear to anyone that he has lesser skills than he is portraying.  However, he is beginning to see the value in looking more deeply into words. He used to hate tutoring sessions, never having any words or parts of a story to ask questions about. Now he is beginning to ask.  Now is a delicate time … between working with his questions and him realizing he’s missing so much. He could turn off completely, crushing his self-esteem if he thinks he’s so far off the mark as reading “common cement”.  Our word/phrase/sentence studies have to honor the journey he is on and honor learning with and from each other.

Understanding the English language requires a good, hard look at morphology and etymology first.  Syllabication, vowel teams and the like mask what our brains require for learning: association making, meaning making.  Decoding is utterance of sound, sound bytes do not equate to meaning making. When we have a full view of our language, its morphemes, its history, its phonology, its grammatical uses, its graphemes and its letters, we can build an understanding so vast and at a faster pace.  By studying less, we acquire more because we dig deep into understanding one word in so many contexts, we learn more about other words and how these concepts apply to them in other situations. We are not seeking yes/no; right/wrong answers, we are seeking evidence to back up our theories.  We look as much at what something is, as we do what it is not.  I did not ask this young person to recite any arbitrary rules about syllables or decoding information. I did not ask him to reread the sentence to guess what he thought the unknown phrase meant. He needed to see the meaningful units of this word, to understand them and read it as a single word, not find syllable breaks or visualize chunks inside words.

After we unstuck ourselves from common cement, we began to analyze this word, looking for possible morphemes such as <-ment>.

Here’s where the beauty lies – it is in watching this boy’s shoulders relax and listening to his voice change with sudden recognition…. as soon as we analyzed the suffix <-ment>, he read [kəˌmɛns] quickly and easily and a dim light bulb of understanding began to glow. He’d heard of the word ‘commence’, he wanted to understand it better! We discussed its denotation as ‘a beginning’ and used it in sentences to build his understanding.

Going a bit further, we also wondered if there was a possible prefix <com->, it was listed on the running list of morphemes we keep of the ones we’ve encountered thus far.  We hypothesized a word sum:

But, when we checked our hypothesis against etymonline.com to seek its history, we could not find evidence of a base element with the spelling <mence>.  We found it is related to Latin <initiare> which does not share the spelling, but we did not understand how it came into English.  My student was very secure with the understanding of commence and the idea that this young couple from the story was going to go to a dance that had something to do with a beginning, a commencement.  We had discussed the use of commencement as it is used in graduation ceremonies to signal the beginning of a new milestone in a teens’ life.  At this point, we were out of time and while still perplexed about the connection of <mence> and <initiare> I told him I’d check with a few colleagues to ask what they thought.  We re-adjusted our hypothesis back to:

We met the following week, I was happy to tell him that his quest to understand this phrase had sparked an intercontinental conversation between several other scholars.  I explained what they understood about the vast difference in the spellings of <initiare> and what we thought might be <mence>.  That I had missed the part in the entry on Etymonline in which the spelling we have, clearly came into English from French.  Prior to its evolution into French, it had come from Latin <com-> and <initiare>. Spelling is like that … it comes from somewhere and those somewheres tell us more than just the origin.  They can signal not only predictable orthographic patterns but also reasoning, meaning, connection and signals to phonology and marker letters that seem to appear for no reason in a word but hold weight in the spelling, anchoring the past to the present and connecting words to each other.  An example of such a marker letter is in the word ‘talk’ – Why is there an <l>?? Look at the word family and its history: talk~tell~told~tale, it is clear where the <l> came from and why it is there, to connect these words in spelling as they are connected in history.

I am hoping this and all my students realize that answers aren’t always what we seek, we seek to understand better and to ask more questions!  I used to be cemented in common practices but I’ve been chiseling away at those cement blocks for the past few years, gaining a different perspective on teaching literacy skills and teaching in general.  Being a scholar with my students and with others around the world provides a much deeper understanding of this language and learning. My students are gaining literacy skills and thinking skills. Since breaking out of the common cement of all reading wars practices, I witness the majority of my students gaining skills in the 75-99th percentile and some even lifting the label of special education.  I say, … break out of the common cement and try a different path!

4 thoughts on “Are We Cemented in Common Practices?”